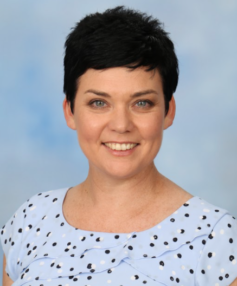 In this edition of our newsletter, I would like to feature the work of some of our talented writers from the Year 8 Newman Class, who are currently working through a short story unit. The class has been focusing on ‘show don’t tell’, the creation of characters and using the setting in a metaphorical way. As part of their preparation for their assessment task, the students completed practice pieces based on a stimulus.

Here are a couple of exemplary examples:

Building a Character by Annabelle Blows

“Hello Laila, honey,” A loud American accent burst from Laila’s phone and she held it away from her ear.

“I’m so excited for you, you’ll do great, and at home we have the whole family here, rooting for you!”

Laila nodded before she remembered that her mother was back in Tennessee, in the family’s brick Bungalow and could only hear her.

“Thanks,” she replied quickly.

“My goodness, who would have thought we’d have an actor after both your brothers became plumbers? And trying out for such an important role, too! You’ve made your mom so proud!”

Laila half listened as she gushed on about how thrilled she was to have such an independent woman as a daughter and how she was definitely going to get in! After all, the judges had been so impressed with her first audition!

Laila listened to a few more minutes of her mom’s good wishes and cheerful chatter before the phone call finished.

She gulped, feeling a small pang of homesickness for her cosy little hometown with its people and its stuck in the past ways. The whole town knew about her audition and she couldn’t decide if she was happy or not. She just hoped she didn’t let them down.

Bullets ricocheted around him, falling to the ground, like the first snow of winter. The air was crowded with sounds of destruction; screams, bangs, crying. The dust from the ground blinded him, making him shoot around aimlessly. Blood whipped through the air, coating everything in a scarlet sprinkle. They fought and they fought and they fought until they were up to their knees in bodies. The shouting continued, from who they did not know. And then, silence. For now, the battlefield lay quiet, acting as a cemetery for the unburied.

Reggie jumped up, drenched in a cold sweat. His breath was going a hundred miles an hour, forcing him to gasp and sputter like a motorbike starting up. Adeline rushed in, used to the way he woke up every morning. Every day was the same, days filled with nothingness and nights filled with terrors.

He nodded tiredly, sighing with frustration. He grabbed onto his bedside table, standing up gingerly. The dizziness subsided after a moment, but the haunting images stayed, burned into his mind.

Congratulations to Elyssa Evans on her achievements in the Public Speaking Grand Final. While Elyssa didn’t place, she spoke very well on the topic ‘That was then, this is now’, in which she compared schooling in the old days with her experience as a Year 7 student at MSCW.

Can you solve this week’s logic puzzle? The first student with the correct answer to email rachael.colreavysyd.catholic.edu.au wins a prize!