Talent, is it overrated?

“Go Campo go!” I still have these words ringing in my ears. I was 10 years old at the Sydney Cricket Ground watching a team called the Wallabies play another team called the All Blacks. At the time, it was a game I had never seen before or understood. There was a new player in the team on that day. He was a 19 year old David Campese. Everytime he had the ball passed to him my dad and grandfather got very excited. That day started a life interest in the game for me. In Rugby circles, David Campese was to become one of the greats. He was an incredibly talented player and did things on the field which were amazing and entertaining. However, what isn’t widely known is that he was one of the Wallabies hardest and most committed trainers at the time. He practised for many hours honing his skills.

Did you know that the great musician Mozart spent many, many hours modelling, drafting and receiving feedback and had the willingness to work hard? It is clear that Mozart had a prestigious talent. He composed more than 600 works, is among the most popular of the classical composers and his influence on subsequent Western music is profound.

I read Geoff Colvin’s book “Talent is Overrated’ a couple of years ago. Colvin outlines that deliberate practise, intrinsic motivation and starting early are stronger determining factors in high performance than talent. Talent is still an important factor, you can’t put in what God has left out. However one’s ability to regularly undertake serious practise, focus on overcoming weaknesses and fortifying strengths through trial and error, allows for particular abilities to be discovered and developed and subsequently leads to a higher level of achievement.

We encourage our students to adopt this approach to their education whether it be in their studies, sports or cocurricular activities and even their relationships.

2022 Enrolment for Siblings cut off date

Enrolments are filling fast for 2022. Do you have another child joining us in 2022? Current families do receive sibling priority; however, we need to secure a place for them by Friday 19 March 2021 or we cannot guarantee that a place will be available due to numbers and demand. 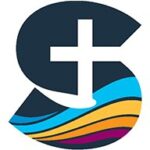